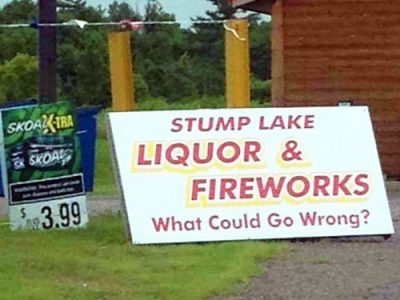 As of Monday we got bragging rights. On July 1st, this economic expansion turned 121 months old, the longest in U.S. history. Not a shabby one, either. 1Q 2019 GDP growth came in at +3.1%, second highest among NATO members.

Even so, not everyone is ready to sing. Bloomberg is disappointed that the “U.S. Economy Celebrates 10 Years of Growth, But No One’s Partying.” The Washington Post wants to you to understand “Why the U.S. Economy Is Worse Than It Seems.” Newsweek concedes that the “U.S. Economic Recovery Is Now the Longest Ever,” then asks, “So Why Are Experts So Nervous?”

That’s a softball question if there ever was one. Experts were born nervous. Right now their shorts are in a knot over potential trade wars, especially with China but also the EU. Even the ultra-conservative Investor’s Business Daily is talking about “How Trump’s China Trade War Could Wreck the U.S. Economy.”

A Duke University/CFO Global Business Outlook poll released in early June found that 48% of CFOs believe “the American economy will be in recession by the middle of next year,” reports CNN Business. 69% told Duke the U.S. will be on the skids by the end of 2020.

If you’re an LBM dealer, you may be asking yourself, How will I tell the difference? 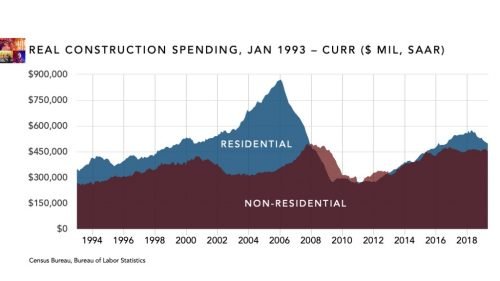 Residential construction never fully recovered from the last crash. Housing starts topped out in early 2018 and it’s been all downhill since then. If not for commercial projects and home improvement—which is also starting to look shaky—we’d still be hunkered down in the trenches waiting for the bombs to stop bursting in air.

To be sure, no one expects another Great Recession. Four out of five CFOs recently surveyed by Deloitte said they believe the dip will be mild. “However, they were split on whether the slowdown will be short or prolonged,” reports Fox Business.

Nor is a recession inevitable. Economists say economic expansions don’t die of old age; they get murdered. More than a few people would say our policymakers are the gang that couldn’t shoot straight.

It’s possible that the U.S. economy will sail on for years unscathed. But at some point another recession will come. When it does, dealers will need to deal with a plot twist they’ve never faced before.

Personnel expenses are the largest line item on an LBM dealer’s P&L. When sales dry up, they’re the only line item you can cut that will have a significant impact on expenses. The rule has always been that those who cut hard, fast, and early come out the other side stronger than those who don’t.

But that rule comes from a time when it was comparatively easy to replace people you laid off. Fifty years ago, LBM dealers could count on a ready pool of framers who blew out an elbow or a knee in their 40s. Construction methods were simpler and stable enough that the expertise they brought to the job covered most if not all of what they needed to know.

Those days are gone. Not only has the pool of candidates dried up, construction supply is far more sophisticated than it was years ago. It’s harder to replace people and it costs a lot more to get them up to speed when you do find them. 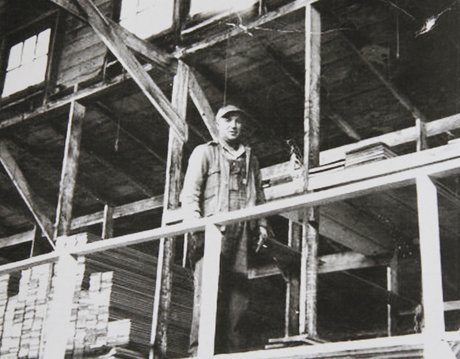 In future downturns, the challenge will be to weather the storm without reducing your headcount and sacrificing the collective expertise you spent so much to build.

During the Great Recession, Motorola avoided layoffs by reducing wages. Honda offered voluntary unpaid vacation. Germany got famous for a government program that subsidized employers who cut hours rather than people. Even though its recession was more severe than the U.S., its unemployment rate stayed below 8%.

You may not be able to get government assistance (unless you’re GM, Chrysler, or Ford), but you can get similar results with performance-based compensation.

At the annual meeting of the Executive Council on Construction Supply’s HR Executive Roundtable in June, Bill Vogt outlined a program he developed when he was the human resources VP at Hope Lumber in the 1990s.

The bad news was that there was no magic formula. Each position had to be studied in detail to zero in on logical piecework metrics—pounds handled for load-builders and truck drivers, for example—then pilot-tested for months to get incentives set at levels high enough to motivate people without breaking the bank.

The good news was what happened. Hope Lumber routinely earned double-digit net margins operating as a low-cost supplier to production builders with a product mix weighted heavily toward commodities.

Hope was purchased by ProBuild years before the Great Recession, but the point is still valid: The higher your margins are in good times, the more breathing room you have in bad times. Moreover, performance-based pay not only creates flexibility in payroll expenses, it weeds out people who aren’t willing to work hard.

The other good news? It’s a lot easier to track performance and design incentives with today’s technology that it was with the primitive tools Vogt had available 20 years ago.

Everyone is excited about all the ways technology will transform construction and its supply chain over the next decade. But most of the focus is on how technology can replace people, and opportunities for automation are limited in construction supply, where most of the activities are unpredictable enough to require expertise or judgment.

In this business, the real opportunity is to manage productivity. With housing stuck in second gear and unlikely to take off anytime soon, now would be a good time to get started.