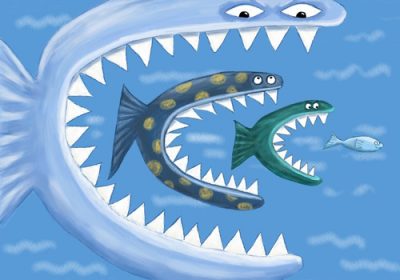 Craig Webb has kept close tabs on the acquisition market since his tenure at ProSales, and nobody does it better. By all accounts it’s a big job.

From his December 11th post: “We enter the final 19 days of 2019 with 353 building material locations involved in openings, closures, or acquisitions, about 11% fewer than we had at the same time last year.”

350 to 400 transactions per year seems like a lot, although it’s impossible to say without historical data or comparative data from other industries. Even so, the volume tends to reinforce the common belief that the LBM channel is shrinking rapidly as equity-backed chain operators expand.

Not everyone classified as a wholesale distributor sells to contractors, of course. That makes it difficult if not impossible to get a precise count. Best guess is that the universe of construction suppliers selling lumber, millwork, roofing, siding, and drywall totals somewhere around 35,000 establishments.

That puts the attrition rate—acquisitions and closings, not counting openings—at less than 1% per year. Unless something dramatic happens, it’s going to be a long time before the composition of the channel changes noticeably.

So what are the odds that a consolidator will gain a measurable competitive advantage from an acquisition? More than a few people think it’s a reasonable possibility. Builders FirstSource’s December purchase of Orlando-based Raney Construction “isn’t your typical LBM deal story,” says Webb. “Raney regularly appears on the lists of America’s most advanced proponents of offsite construction. BFS isn’t just buying assets, it’s buying brainpower.”

No question that BFS bought brainpower when it bought Raney. The notion that it wasn’t a typical LBM deal is debatable, though.

Just look at the companies that make up BFS: From Spenard’s and Dixieline to Builder’s Supply & Lumber, Pelican Cos., and Holmes Lumber, most of them—if not the vast majority—were acquired for their brainpower. Same goes for BMC/Stock (Robert Bowden, Terry Cos., Denlinger’s, Stripling-Blake) and the same certainly goes for the dealers who make up US LBM.

This is the texbook definition of roll-up consolidation: Acquisitions occur specifically because the acquirer can’t overpower a local competitor. The only way to capture their market share is to buy them.

The question isn’t whether consolidators are about to gain an advantage that can’t be overcome. The real question is why it didn’t happen a long time ago?

This may be debatable, too, but the simple answer is that brainpower is not scalable in this business: What works in one market works either differently or not at all in another. That’s not uncommon in any industry that is regulated at local levels.

The even more debatable answer is that roll-up consolidation itself doesn’t work. Don’t argue with me about it; take it up with the Harvard Business Review:

“The notion behind roll-ups is to take dozens, hundreds, or even thousands of small businesses and combine them into a large one with increased purchasing power, greater brand recognition, lower capital costs, and more effective advertising. But research shows that more than two-thirds of roll-ups have failed to create any value for investors.”

That’s not to say roll-up consolidation has no value for anyone. It’s a windfall for independents. If you have a healthy balance sheet, a solid management team, and a strong following, you’ve got an off-the-rack exit strategy.

Valuations ebb and flow, so timing the sale is important. You may have to wait through a down cycle. But given the mismatch between housing supply and demand, chances are equity investors will be interested in the LBM channel for years to come.

When it’s time to hang up your spurs, an equity-backed serial acquirer isn’t your only option, of course. But it is nice to have an escape hatch if you need one.