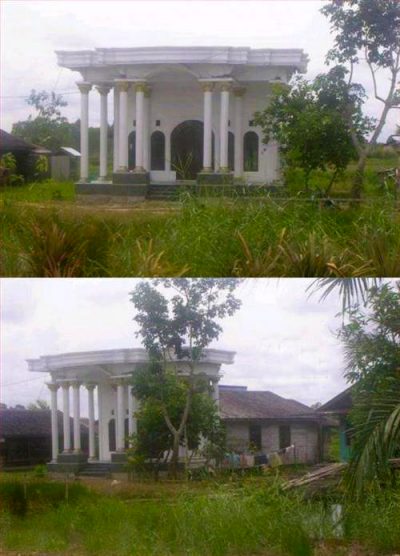 Word on the street is that construction supply’s most famous “disruptor,” Menlo Park, Calif.-based Katerra, is going through some disruption of its own. Katerra is reportedly laying off 100 to 150 people at its Arizona and Washington facilities (editor’s note: Katerra has since announced it will close its Phoenix facility).

To be sure, that’s a tiny fraction of the company’s workforce. In an August 6th article, WSJ notes that Katerra “has more than 7,500 employees globally, up from about 2,800 a year ago.”

Still, it’s a little curious that Katerra is laying off at a time when it’s growing by leaps and bounds, experienced workers are in short supply—and the company is clearly struggling to get projects built properly and on time.

Actually, WSJ’s article is even curiouser. Katerra just hired Paal Kibsgaard, the former CEO of oilfield services giant Schlumberger Ltd., as its new COO. WSJ calls that “a sign that its rapid growth is starting to attract prominent talent from other industries.”

That makes no sense. Katerra was built around prominent talent from other industries. Its CEO and founder, Michael Marks, was a Silicon Valley electronics manufacturing exec who served briefly as interim CEO of Tesla before launching Katerra in 2015.

It’s no surprise that Marks may need more help running the company. WSJ says Katerra’s revenue shot from zero in 2015 to $850 million in 2018. The curious part is that Kibsgaard, who is 52, walked away from an eight-year stint as CEO of a $33 billion company to take a lesser position at a company 1/40th the size.

Why? It’s all about having fun, he told WSJ. “I wanted to take on a new challenge and do something different than what I’ve done for the past 23, 24 years.”

That does make sense; Kibsgaard apparently wasn’t having a lot of fun in the oil business. In July, not long before he left Schlumberger, the Financial Post reported that “since current CEO Paal Kibsgaard took charge in August 2011, the company has overspent on costly program-management ventures, paid $430 million for pressure-pumping gear as the market became oversaturated, and seen its share price tumble about 58%.”

Under those circumstances, you’d be ready for a new challenge, too. Maybe he’ll be a perfect fit for Katerra.

In Kibsgaard’s defense, the oil industry as a whole is unhappy right now with crude prices down nearly 25% YoY. It may get worse, too. As Barron’s noted a few days ago, “the escalating U.S.-China trade war threatens to put oil in a much more dramatic tailspin.”

But if your career in the oil business is the problem, a career in construction may not be the solution.