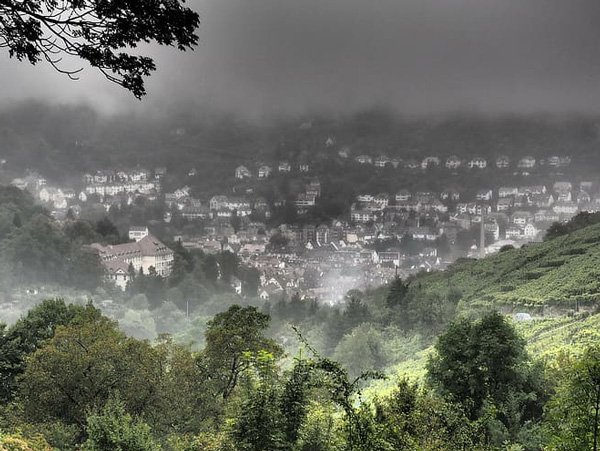 July jobs reports for both the U.S. and Canada are out. In the U.S. last month, we added—or more accurately, recovered—1,763,000 jobs.

Some people are impressed. Their view is that the July jobs report “was still better than Wall Street estimates even as a rise in coronavirus cases put a damper on the struggling U.S. economy.” Some are depressed; they see the numbers as “the latest evidence” that the recovery “is rapidly losing momentum.”

If the U.S. economy is in fact stalling out, pretty much everyone believes the reason is our failure to bring the pandemic under control. No question that our COVID-19 response has been less than stellar (okay, FUBAR). But a direct connection between that and a sputtering economy is less certain.

It probably should be no surprise that Canada’s job performance has also been better. In March and April, Canada lost 3,003,800 jobs. Since then it has recovered 1,661,000 of them, or about 55% of what was lost.

Maybe this means the pandemic is not the only factor affecting the economy. Maybe Canadians are just more cautious, holding back even though the risk of infection is far lower. Maybe Canada’s job growth is slowing simply because their economy is so closely tied to ours.

No one has a clue. We’ve never been in this situation before. 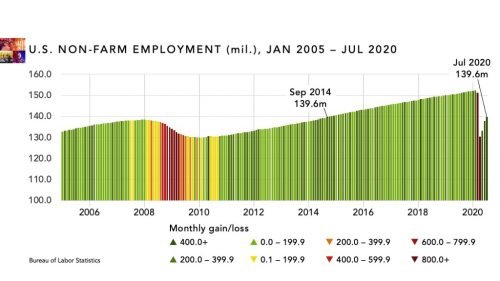 “The word unprecedented is rarely used properly,” says Jaime Dimon, CEO of JPMorgan Chase. “This time it’s being used properly. It’s unprecedented what’s going on around the world” and in Dimon’s view, useless to try and predict an outcome. “We simply don’t know—and by the way, we’re wasting time guessing.”

Yes we are. U.S. housing demand is bursting at the seams. Buyers are practically screaming for more for-sale inventory. Listing service Redfin reports that in July, “54% of Redfin offers encountered bidding wars.”

Robb Wilson of Huntsville, Ala.-based Wilson Lumber summed up the frustration of construction suppliers everywhere in an email last week.

“Every day I am astounded that we are not in a full-blown economic collapse,” he says. “Yet it’s better than ever here. We have big plans for growth and are having a very difficult time deciding just how bullish we should be.”

Come on, now—how can it be that hard? All you have to do is take your cue from a reputable source.

Like Forbes, for example: “Today, supply is tight. With record numbers of house hunters entering the market, it all but guarantees the housing boom has YEARS left to run. The bottom line is homebuilders are set to make boatloads of money in 2020, 2021, and beyond.”

Or you could take the advice of Forbes: “The housing market has so far eschewed the dampener that the coronavirus pandemic has slammed onto other sectors of the U.S. economy. But with key federal policies lapsing without renewals, infection numbers growing, and the economic downturn drawing out, real estate may soon see its fortunes reversed.” 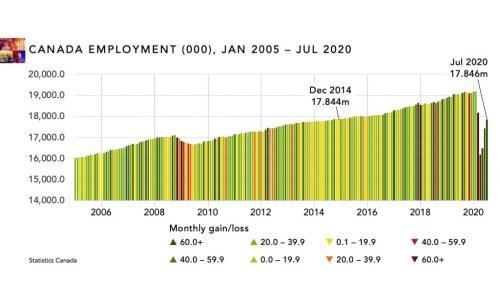 We all hope housing will continue to “eschew the dampener.” But if you’ve got a sneaking suspicion that Wilson is right to be cautious, you’re not alone.

The pandemic won’t last forever even if it seems that way. Obviously we won’t know we’ve got it whipped until we’ve got it whipped. But chances are we’re in the sixth or seventh inning at least. Even if a vaccine is a year away, treatments for use in the early stages of infection are likely to be here before the end of 2020.

Those treatments are the game changer that will enable the economy to reopen permanently. The coronavirus will be a lot less intimidating when everyone who is susceptible to it can be treated before they get critically ill.

The wild card in housing is the risk of a wave of foreclosures that would dump a big pile of inventory onto the market, undermining prices and home sales. Again, we’ll probably know how that story ends within a month or two.

Black Knight says 4.1 million mortgage holders are in active forbearance plans right now. Over half of those plans expire in September; they’ll either be extended or not. If not, we’ve got a problem. If so, it’s unlikely that lenders will pull the plug at all.

No question it’s a stressful time, probably the most stressful time you’ll see in your career. But we’re almost certainly closer to the end—or at least a partial resolution—than we are to the beginning. If you’ve got expansion plans on hold waiting to see how the market will shake out, chances are you don’t have much longer to wait.

In the meantime, keep your powder dry. And don’t forget to eschew your dampeners.