Toilet paper and hand sanitizer may be in short supply, but the one thing there is absolutely no shortage of is advice on how to get through the coronavirus panic.

LBM Journal posted links to CDC resources for businesses and OSHA guidelines on prepping a workplace for COVID-19. Craig Webb at Webb Analytics is heeding the social distancing guidelines—he was clearly home all day yesterday, cranking out no less than four virus-related articles.

But once you’ve got the hatches battened down, the big question is How bad will the economic fallout be? Not surprisingly, everyone has an opinion.

Whatever happens, chances are it won’t be as bad as the Washington Post claim that “the United States is suffering the most abrupt and widespread cessation of economic activity in its history, hurtling toward a recession that could mean lost jobs, income, and wealth for millions of Americans.”

Could mean lost jobs, income, and wealth? If it doesn’t, it’s a poor excuse for a recession. If it does, hurtling is not necessarily a bad thing.

Simply put, “we are going into a global recession” because “the necessary measures to contain the spread of the virus make that unavoidable,” Vitor Constâncio, former vice president at the European Central Bank, told Fox Business.

Consumer spending drives 70% of the U.S. economy; it’s definitely going to hurt if people have to stay home. But staying home is how we stop the spread of the virus.

Four out of five people who get infected never feel any symptoms, but they can still infect people who will get sick. If you want a good explanation of who the virus hits and how, see this article at Vox. 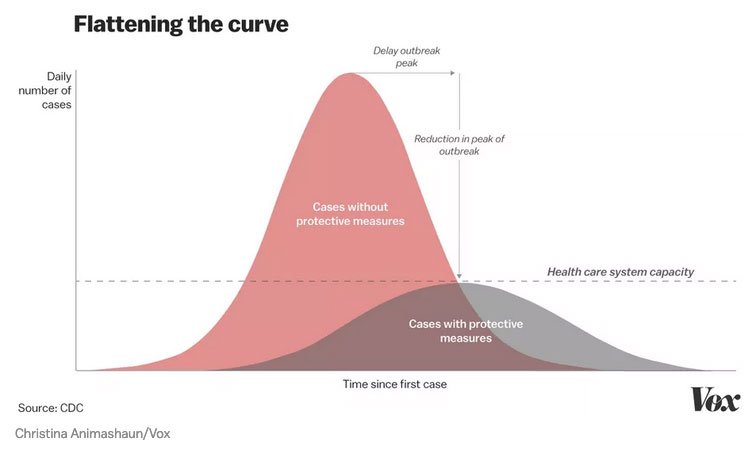 The virus is bound to have an economic impact, and the consensus is that it’ll build over time. Business Insider says “a new economic growth estimate from JPMorgan projects that a recession will hit the U.S. and European economies by July.”

Why so long? It’s the cumulative effect of quarantines, event cancellations, and social distancing” measures to prevent the virus from spreading.

How bad will it get? Erik Nielsen, chief economist at UniCredit in Italy, tells the Financial Times that “the quarterly fall could be as deep as the 3.2% contraction that the global economy experienced in the first quarter of 2009.” But Nielsen also expects “the impact of coronavirus to last only a couple of quarters.”

That isn’t certain, of course. The Wall Street Journal is arguing that the economic impact of the pandemic will depend in great part on whether employers are willing and able to avoid mass layoffs.

“Purges of workers could become unavoidable in some industries such as shipping, air travel, retailing, and dining as demand slows,” says WSJ, but “so far they have largely avoided the tactic.”

“Business leaders have complained for years about trouble finding workers,” explains WSJ. “If the health scare passes and demand returns, they could find themselves even more short of labor and facing a resentful public for flinching in the face of a short-term profit scare.”

So far any data current enough to be relevant isn’t showing much impact with the exception of the stock market. Initial claims for unemployment insurance fell for the second week last week, to 211,000.

No surprise there. Mortgage rates averaged 3.29% during the week of March 2 – 6, their lowest level since Freddie Mac began tracking back in 1971. Since then, the Federal Reserve has cut the benchmark federal fund rate another full percentage point, to 0% to 0.25%.

That’s good and bad. On one hand, there will never be a better time in your life to buy a home. On the other hand, there isn’t much more that can be done to goose the economy if zero interest doesn’t do the trick.

While there’s no telling how bad things will get or how long they’ll be bad, the most optimistic take on the pandemic comes from an unlikely source: the more-than-just-a-little-bit-left-of-center magazine Mother Jones. 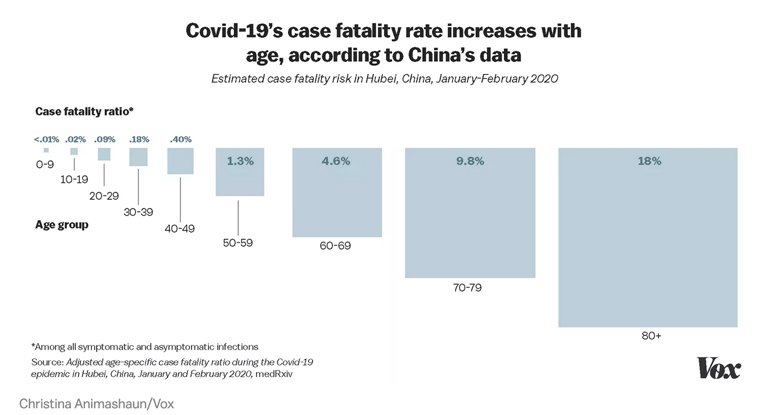 Columnist Kevin Drum points out that as bad as the coronavirus might be, it is still considerably less severe than the 1918 Spanish flu pandemic. 700,000 Americans died from Spanish flu. That’s equivalent to 2,000,000 people today, and the death toll from COVID is ultimately expected to be less than 500,000.

“What’s more,” adds Drum, “the Spanish flu was unusual in who it killed: upwards of 70% to 80% were prime-age workers.” By comparison, 70% to 80% of those who have died from coronavirus were over 60 years old; for people under 40, the death rate is negligible.

“Bottom line: From a cold-eyed economic perspective, the coronavirus pandemic is unlikely to be as severe as the Spanish flu, and the Spanish flu had a surprisingly modest effect on the economy in 1919 and beyond.”

Keep your fingers crossed. But wash your hands first.