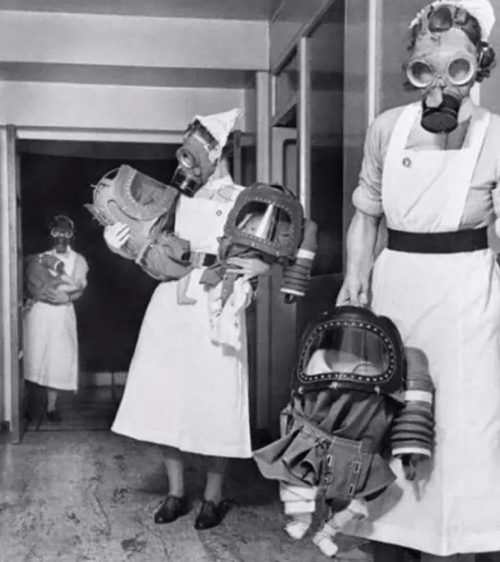 COVID-19 sprang a surprise on everyone last week. But not the surprise you’ve been seeing in the headlines.

Two weeks ago the U.S. appeared to be making solid progress against the virus. The transmission rate was declining (less than 1.0) in 34 states and just barely rising in four more. As of last week, infections were rising in 33 states—and dramatically in 16 of them.

That’s no surprise given the number of Americans who are refusing to wear face masks. It’s also no surprise that some are treating the increase like World War Z all over again. The Atlantic calls it “devastating.” Bloomberg prefers “horrifying.” The Guardian calls the increase “alarming.”

When the European Union reopens its borders next week, it will ban travel from the U.S. and other countries “deemed too risky because their coronavirus outbreaks are poorly contained.” No surprise there, either. President Trump did the same thing to Europe in March. They owed us one.

Last but not least, it should be absolutely no surprise that the U.S. is No. 1 on the planet in confirmed COVID-19 cases: 2,504,676 as of June 26th. Our population is the third-largest in the world after China (where the data is thought to be falsified) and India (where the data is most likely incomplete).

So what’s the surprise? Those 2,504,676 cases are apparently just a tiny fraction of the real total.

On Thursday the Centers for Disease Control and Prevention released the results of a study conducted to determine how many people have COVID-19 antibodies. Turns out that the true number of infections in the U.S. is north of 20 million.

“In the past, I just don’t think we diagnosed those infections,” said CDC director Robert Redfield in a press briefing. “Our best estimate right now is that, for every case that was reported, there were actually ten other infections.” 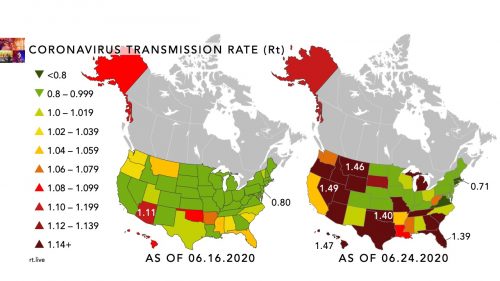 It also means COVID-19 is far less debilitating than we thought. If there have been an additional 18 to 20 million infections no one knew about, those cases were mild almost by definition. They didn’t get noticed because those people didn’t seek help.

Based on confirmed cases, CDC and the World Health Organization say 75% to 80% of infections produce mild symptoms or no symptoms at all. If the true number of infections is 20 million, it means 97% of Americans who catch COVID-19 will breeze through it without a problem.

If that makes you feel just a little bit stupid about pulling the plug on the longest-running economic expansion in U.S. history, you’re in good company.

Obviously no one knew how dangerous the virus would be when it first appeared. Countries that ramped up testing quickly and implemented draconian lockdowns (e.g., Australia, South Korea, or New Zealand) were right to do so even if it turned out to be more than was ultimately necessary.

Countries that were disorganized and slow to respond—and by all accounts, the U.S. was one of them—may have dug themselves a deeper hole.

Consumer confidence is the key to recovery; a half-baked response undermines confidence. Even now, 58% of Americans say the federal government isn’t doing enough to combat the pandemic. 77% say they don’t fully trust anything President Trump says about it.

Fortunately, most Americans don’t pay much attention to what their government says no matter who’s running it. Business Insider says restaurant reservations have bounced back to about half of their pre-pandemic level. Hotel occupancy rates, which fell from the normal 65% to 70% to the low 20s, are pushing 40% now. 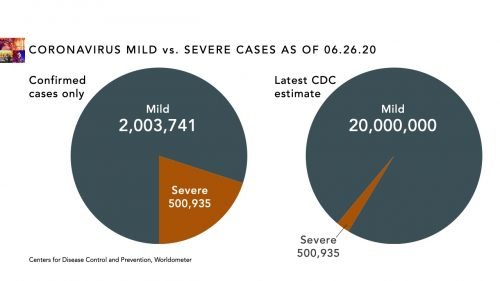 TSA checkpoint traffic is only a quarter of what it was in February, but air travel may never return to pre-pandemic levels once people learn to how to use remote meetings without turning themselves into a web meme.

In a recent poll conducted by FiveThirtyEight, most of the economists who had originally predicted a “Nike swoosh” recovery (a sharp dip, then a slow climb from the bottom) are now forecasting that we’ll see a quick rebound most of the way, then a gradual climb to full recovery.

Three out of four respondents say that’s the most likely scenario. All we have to do is avoid screwing it up.

The obvious way to do that is to avoid anything that causes consumers to run for cover. That means addressing two issues: First, COVID-19 really is horrifying and devastating to those who are susceptible to it. Second, we just discovered we’ve got ten times as many asymptomatic carriers out there as we thought we had.

The solution is dirt simple: Wear a mask when you’re around other people. It’s hard to figure why some people think it’s an infringement on their rights to wear a face mask. If they were immune to car accidents, would they claim a constitutional right to run red lights? Maybe they would.

The more information we get, the more it appears that the coronavirus pandemic is relatively easy to beat. The question is whether we’re smart enough to do it the easy way. If not, everyone will pay for it—in real money.

1 thought on “Coronavirus nibbles back”