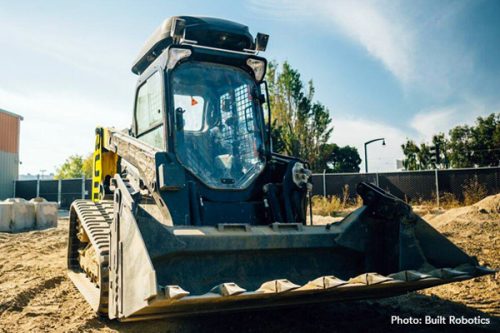 Anyone over 40 has to be careful citing history. But at the risk of getting pegged as a geezer rambling aimlessly about the good old days, history has a point this time.

Wood stud framing was introduced in 1830. The idea had been around for decades, though. Everyone could see that small, lightweight framing members would be easier to handle and transport than timbers. Smaller framing members also offered greater design flexibility, and you’d get more useable wood from each tree.

Most important, framing with studs didn’t require the specialized skills of a timber framer. The structure was supported by hundreds of framing connections rather than a few dozen, so the occasional bad cut or missed nail wouldn’t affect overall structural integrity to the same degree. The ability to build with semi-skilled labor promised to boost production and make housing more affordable.

The barrier was technology. Until steam-powered machinery became available to mass-produce nails and gang-cut small framing members anywhere (not just next to a river), stud framing was feasible but not economical. Once the technology was in place, stud framing took off. Twenty years later it was the norm.

The point? We may well be in a similar situation today.

Offsite construction has gotten plenty of attention in the past few years. John McManus at Builder calls it a “game-changer” that will transform the construction industry. Forest Economic Advisors believes “housing is finally having its ‘Model T’ moment.”

Offsite itself is nothing new, though. Prefab structures date back to the Roman Empire. The first panelized wood-framed house was built by a London carpenter named John Manning for his son in Australia in 1837.

What is new is the use of technology. In MFLC, for example, modular can be 25% faster and 25% cheaper than site-built. The catch has always been that even the smallest design or manufacturing errors can erase those savings and then some. BIM plus automated assembly lines reduce that risk.

In single-family, there’s no question that panelization saves time and reduces the need for skilled framers. It always has—that’s why John Manning sent wall panels to Australia nearly 200 years ago.

The catch is that panels have always cost more than sticks, and still do. Automation lowers costs, but apparently not enough to erase that premium. High-tech offsite suppliers go to market just like traditional component manufacturers, arguing that the dollar value of the time you save is worth more than the extra cost of the panel package.

They’re not wrong. But panelizers have been making that argument for decades and nine out of ten single-family builders still stick frame.

BIM and automated manufacturing are arguably game-changers in MFLC if they do what offsite suppliers claim they will—i.e., make the risk of modular comparable to the risk of stick framing.

In single-family, it isn’t clear that the benefits outweigh the additional cost. No question that BIM could help single-family builders turn designers’ drawings into clean, detailed, buildable plans. But most single-family projects aren’t as complex as MFLC structures. You can get the same result reliably without BIM.

Single-family builders need a game-changer on the jobsite more than they do in the design office. And in fact there is one on the horizon.

Chances are your mobile carrier is already bugging you about upgrading to a phone that is 5G compatible. As 5G networks get built out, faster cell phones may turn out to be the least important change you’ll see.

The average wifi network is about the same, but in metro markets you can get up to 300 Mbps with cable or a gigabit per second (1,000 Mbps) with fiber optic.

5G will be as fast as a fast wifi connection. Estimates are that it’ll be five years until the network is built out enough to be practical. Once it is, virtually every industry—including construction—will change dramatically.

Self-driving vehicles will finally hit the road, too. “Autonomous vehicles generate huge amounts of data,” explains Inc. “Moving that data in real time is the key to an 18-wheel tractor-trailer’s reacting to a deer darting across the road, or a truck, knowing that it’s in a jam, handing controls to a human operator on the other side of town—or the country.”

Wait a little longer and it’ll also include local delivery vehicles. An LBM dealer might have a fleet of, say, 12 flatbeds with 12 piggyback lifts, but only three drivers. Each driver monitors four trucks from a terminal at the yard, and takes the wheel only when necessary.

When a truck gets to the jobsite, the driver uses the remote-controlled piggyback to stage the material. If the delivery includes doors or molding or other finish items, the driver will also control the rolling drone that carries those materials inside. By the time she finishes that delivery, another one of her trucks may be pulling up to the next jobsite. 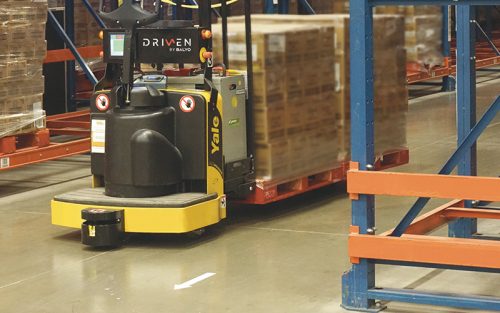 Chances are the builder’s job superintendent is also going to be sitting at a terminal in the office. 5G-connected drones will allow each super to keep track of multiple jobsites in real time. But the lead carpenter on site will also be connected via a VR headset that overlays a 3D rendering of the plan on the actual framing to make sure the specs are followed.

Yeah, it all sounds like science fiction. In fact it probably will take more than five years before small business has the same access as major corporations. According to Inc., there will be competition for bandwidth. “Gartner estimates that connected cars and autonomous vehicles—and the technologies that aid them—will consume up to 53% of 5G traffic by 2023.”

But we’re not talking 30 or 50 years anymore. The technology to do all this stuff is here today; it’s just waiting on 5G to put all the pieces together.

When it happens it’ll happen fast, just like the transition to stud framing. One way or another, it’s a pretty safe bet that construction supply will look very different ten years from now.

Whether 5G enables anyone to make money selling wall panels cheaper than sticks is another question. That one may still be science fiction.

1 thought on “Construction’s game-changer is still under construction”