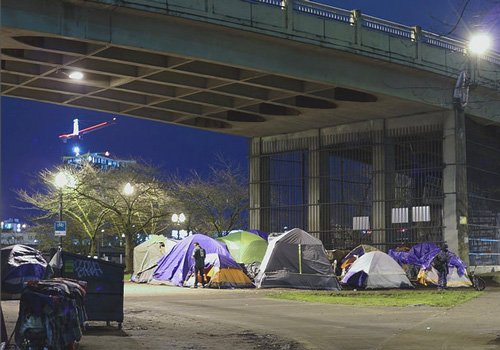 “They all had jobs and they had economically viable jobs, but we told them they couldn’t work—to protect us. Now we’re going to kick them out of their houses.” Wall Street Journal, 07.16.2020.

June housing starts came in at 1,186,000 annualized, a 17.3% increase over May. Permits are still down 2.5% YoY, but a 2.1% monthly increase in June was enough to convince SBC Magazine that we’re in for a “robust recovery.” Builder confidence is back to “pre-pandemic levels” after the sharpest decline in its history in April.

The 30-year rate fixed mortgage rate fell to 2.98% last week, its lowest level since we began tracking in 1971. Not surprisingly, mortgage purchase applications are at an all-time high. Existing home sales, which had fallen nearly 28% since January, rose 20.7% in June and recaptured two-thirds of the ground they had lost. New home sales rose 13.7% and are up nearly 7% YoY—and at their highest level since July 2007.

“It’s official!” declared an LBM Journal repost of a column in HousingWire by a housing analyst who insists that his economic model is proof positive that “the U.S. won’t see a housing bubble crash anytime soon.”

Actually you don’t need an economic model to see that home prices aren’t poised to crash. Demand has so thoroughly outstripped supply that over 40% of buyers who bought homes this year got into at least one bidding war.

Between Millennials in their prime home buying years and historically low interest rates, there are nothing but green lights all across the housing dashboard right now. The only way to undermine that would be to flood the market with inventory. A sharp increase in existing homes for sale would drive prices down. Builders don’t have the same flexibility in pricing. If existing home prices fall far enough, all they can do is stop building new homes. 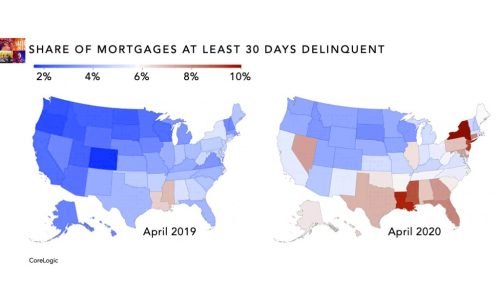 When the pandemic first hit in March, the federal entities that insure mortgages (FHA, HUD, USDA, VA, Fannie Mae, and Freddie Mac) declared a moratorium on foreclosures of federally-backed loans. In June, that moratorium was extended through the end of August.

As unemployment rose, the mortgage delinquency rate nearly doubled in April. It rose by another 20% in May. According to mortgage analytics firm Black Knight, the delinquency rate typically hovers between 4% and 5%. It peaked at nearly 11% during the Great Recession, then hit a record low of 3.2% in Jan 2020. As of May, it stood at 7.76%.

At that point, 4.3 million mortgages were either past due or in active foreclosure. We’re two months down the road, so the number is likely to be close to 5,000,000 by now. We don’t know how many will ultimately go into foreclosure, but just 10% would put 500,000 units on the market.

And that’s the yellow warning light. The red one is…well, let’s let The Wall Street Journal explain it:

“About a third of the country’s renters are protected by an eviction moratorium that covers properties with federally insured mortgages (note: some state eviction bans are also in effect). That expires July 25. Many renters are jobless and depend on supplemental weekly unemployment benefits of $600 that are due to end on July 31.”

They must have had jobs if they were paying rent before the lockdowns. Why not just find something new? “I can’t go back to work because (my daughter is) not in school; the schools are closed. So I don’t see how we’re supposed to get out of the hole we’re in.” 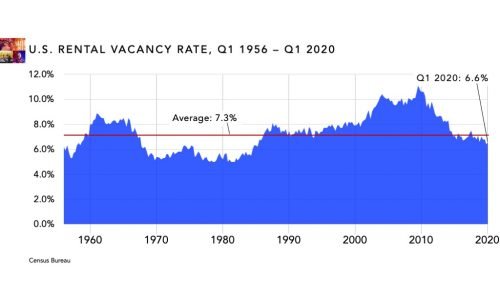 Why not? Because once you get evicted, a new job doesn’t get you out of the hole. “If we have an eviction on our record, nobody’s going to rent to us.”

Okay, so it’s a problem. How big? “Nearly 12 million adults live in households that missed their last rent payment, and 23 million have little or no confidence in their ability to make the next one.”

Obviously those units won’t all go on the market, but at some point some landlords will start selling properties that aren’t generating revenue. Again we have no idea how many, but it wouldn’t take many to shake things up. If 5% of those units go up for sale, that’s another 850,000 units on the market.

Congress is working on a new coronavirus relief bill that would presumably keep many of these people in their homes. As always, “working” is a little strong when you’re talking about Congress. The Senate draft provides $1 trillion in aid while the House version weighs in at over $3 trillion. The gap will need to be negotiated, and we’re still in the posturing phase. 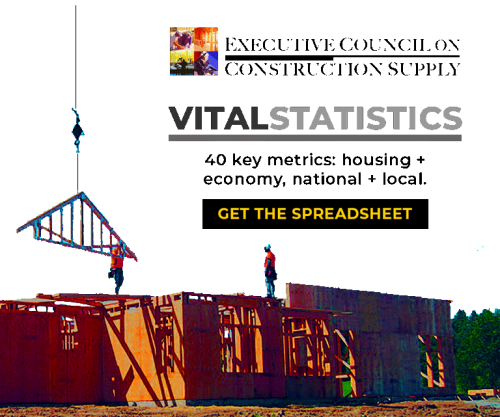 Best guess is that the new package will be in place sometime in August. The current package expires at the end of July, which means August rent is toast.

On the bright side, we’re probably closer to the seventh inning of the pandemic than we are to the second. It may be a year or more before a vaccine is available, and if it takes that long, it’ll still be the fastest vaccine ever developed. Treatments will be here a lot sooner than that, and home test kits are starting to hit the market now.

Scientists have had success with antibody-rich blood transfusions from recovered COVID-19 patients, and with cloned antibodies. Home test kits are cheap, easy to use, easy to mass produce—and in the final stages of FDA approval. They’re already available at a few pharmacies; companies such as Apple and Kroger are buying kits en masse and distributing them to employees for free.

Both are game-changers. The economic recovery has very little to do with whether we reopen schools and businesses. You can force everyone to go back to work. You can’t force them to go shopping or get on an airplane or go out to eat.

Effective treatments plus home test kits will go a long way toward relieving the fear of infection, which in turn will make it possible to reopen the economy and keep it open.

A lot of Americans are worried about spending that money, and there’s no question that there are way too many zeroes involved. But as massive as it is, the raw cost of coronavirus relief is not the problem.

The purpose of those relief packages is to keep the economy alive while we get the pandemic under control. We can argue about the cost, but if we aren’t going to do what it takes to control the virus, it doesn’t matter whether we’re talking about $1 trillion or $3 trillion—it’s a waste to spend any money at all. 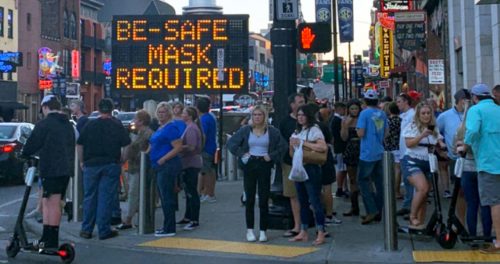 That’s exactly what we did last time, and now the economy is stalling out again. In May, JPMorgan Chase projected that unemployment would fall to 7% by the end of the year. Now its best-case scenario is 11%, and “in a worst-case scenario where the virus surges further in the fall, forcing another round of widespread shutdowns, unemployment could peak at roughly 23%.”

Meanwhile, European economies are bouncing back. The reason, says WSJ, is that most European countries “are seeing just several hundred cases of new infections a day” while the U.S. logged more than 73,700 new COVID-19 cases on Friday alone (July 24th). “The surge in infections in the U.S.—which has recorded more than a quarter of worldwide cases—is holding the recovery back.”

So why are infections so low in Europe? Americans don’t want to hear it, but WSJ says it’s “the strict lockdowns they pursued in the spring, as well as current policies regarding mask wearing, social distancing, and bans on large gatherings.”

Americans are divided on a lot of issues, but one thing we all agree on is that we hate getting beat. The only thing we hate more is taking advice—especially from Europe. But the best advice at this moment is as American as it can possibly be:

“When you find yourself in a hole, stop digging.” — Will Rogers