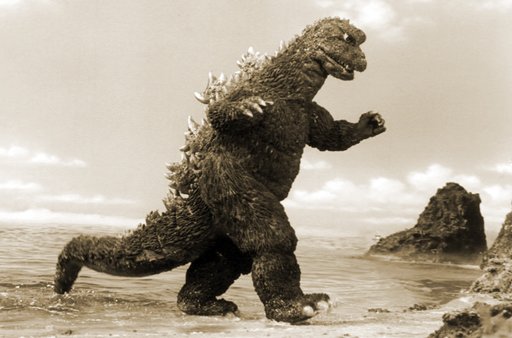 Still wondering when we’re going to see that light at the end of the tunnel? Kansas City Federal Reserve president Esther George summarized everything economists anywhere know in an interview the other day:

“Assuming we get the policy mix right (and) the medical issues can be addressed, the economy is well-positioned to be able to recover at some point in the future.”

The fact is that economists don’t have the slightest idea what’s going on right now—and even more shocking, they admit it. “In the 30 years I have been an economist, we have never had this much uncertainty,” UniCredit chief economist Erik Nielsen told CNBC the other day. “We are running in complete blindness right now.”

This is why it’s better to be a builder than an economist. Builders have absolutely no doubt about the future.

Unemployment is pushing 11%, COVID is kicking ass across the country, and small business is running on fumes without a new relief bill. Builders are more confident about the market now than they have ever been in the NAHB/Wells Fargo Housing Market Index’s 35-year history.

So far they aren’t wrong, either. Existing single-family home sales came in at 5.86 million (annualized) in July, while new homes landed at 901,000. Both saw double-digit monthly increases and both just hit their highest level since 2006.

Despite lumber prices that’ll make you think you fell asleep in your chair and woke up in Zimbabwe.

It’s no mystery why housing has held up while other industries haven’t. Mortgage rates are at all-time record lows. The 12.5 million jobs lost so far this year have been disproportionately in low-income sectors; middle- and upper-income workers with the resources to buy a home have been largely spared. The pandemic has motivated most Americans to lie low and stay safe, and step one is a secure place to lie low. 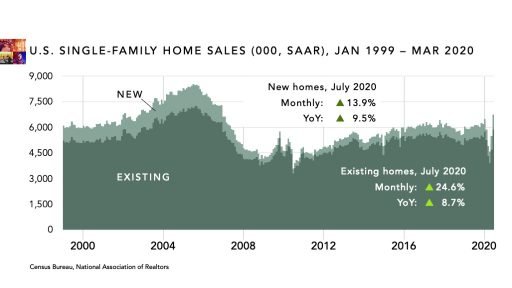 Demographics alone would have been enough to drive strong housing demand in the 2020s. Add in the opportunity of a lifetime coupled with the threat of a lifetime and this year’s buying frenzy makes total sense.

Even at full capacity and under normal circumstances, it would have taken the housing industry years to get supply and demand back into balance. We’re nowhere near full capacity. If anything, we’re still falling behind.

So it’s also no mystery why everyone loves housing right now. Just like plastics in the 1960s or the internet in the 90s, housing is the sure-fire, can’t-miss investment of the 20s. Whether you’re a home buyer, an investor, or an entrepreneur, the only thing better than owning a piece of the action is owning a bigger piece.

BFS was already the largest LBM at $7.5 billion. Throw in $3.8 billion from BMC and the new company will be nearly as large as roofing and siding behemoth ABC Supply ($11.7 billion) and almost three times the size of the next-largest LBM, 84 Lumber ($3.8 billion).

Naturally the press release reads like BFS and BMC were each the missing puzzle piece the other was looking for. BMC CEO Dave Flitman, who will become CEO of the new Builders FirstSource, says “we believe this compelling combination will enhance our ability to deliver outstanding customer service, generate attractive financial returns, and create shareholder value.”

BFS’s current CEO, Chad Crow, says the merger will provide “enhanced scale” and “significant cost synergies” that will yield “tremendous value for the shareholders of both companies.”

Enhanced scale is investor-speak for bigger than we were before, of course. The investor presentation says BMC will add 150 locations to BFS’s existing 400, which would make the new BFS 37.5% larger.

That also means the total facility count won’t be 550 for long. According to the presentation, closing excess facilities will produce $25 – $30 million of the cost synergies BFS has promised. It should also produce some nice opportunities for smaller chains and independents looking to expand (see detailed market maps here, courtesy of Webb Analytics). 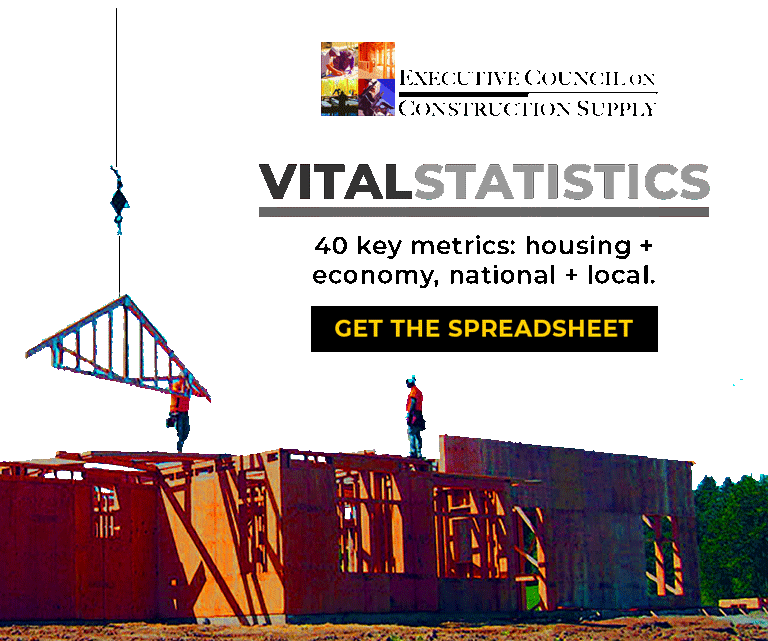 Beyond that, it gets a little sketchy. BFS also promises to save $40 – $50 million from “primary rationalization of suppliers.” That’s investor-speak for beat them with a stick and it’s no surprise—in fact, it’s a long-standing tradition.

But it does make you wonder. If BFS wasn’t already getting the very best deals it could possibly get at $7.5 billion, $11.2 billion wouldn’t seem to be the solution.

This will help rationalize the channel for everyone else, though. Some manufacturers will jump at the chance for a death-do-us-part relationship with an $11 billion gorilla. If they do, you’ll know you got moved to the bleacher seats. Others will decide it’s time to reduce their dependence on BFS. In that case you’ll have a lot of new best friends.

The third area where BFS pledges to save money is the biggest: SG&A expense reduction is expected to yield $60 – $70 million per year within three years. No doubt there will be savings—no one needs multiple A/P departments.

The curious thing is that nothing is closing. The press release says BFS “will be headquartered in Dallas, TX, while maintaining key functional corporate centers of excellence in both Raleigh, NC and Denver, CO.”

Presumably the intention is not to imply that the Dallas HQ isn’t functional or excellent. Instead, maybe the extra corporate overhead is a hint that BFS, which has always been relatively decentralized for its size, will move toward the more centralized management style favored by Stock. Generally speaking, investors tend to feel reassured by greater centralization. In this business, so do competitors.

In the 35 markets where BFS and BMC overlap, both companies have a manager overseeing the market. One of them has to go. Wherever both were selling to the same customer, one salesperson will get that customer and the other won’t.

Whoever loses will be a prime candidate to jump ship, and chances are customers will encourage it. Builders who used BFS and BMC as their primary and secondary suppliers will need a new secondary.

And that’s only in the 35 markets where the two overlap. BFS has promised to wait a year before it rationalizes compensation, but it’s a safe bet that more than a few of the company’s 26,000 “team members,” as it calls them, are already eyeing free agency. 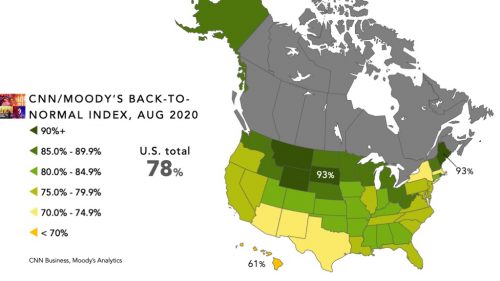 This merger may not quite qualify as transformational, but it makes good sense. BFS, BMC, and their investors will benefit—and so will everyone else in the LBM channel.

It’s also timely, at least if you agree with BFS’s take on housing demand. Over the next decade, says the investor presentation, 5.7 million Americans will reach the age when they are most likely to buy their first home. 5.9 million will retire—and increasingly they want to age in place.

On top of all that, the market is currently underbuilt by more than 4.8 million housing units due to the sluggish recovery from the Great Recession.

You can argue with the numbers, but the basic assertions are still valid: demand will grow a lot and supply has fallen far behind demand, and as a result, the next housing boom will have a long time to run before it runs out of gas.

The only question is when the party will start. It depends on the economy, which means the only honest answer is what the Fed’s Esther George said: “at some point in the future.”

1 thought on “Blind faith at BFS”