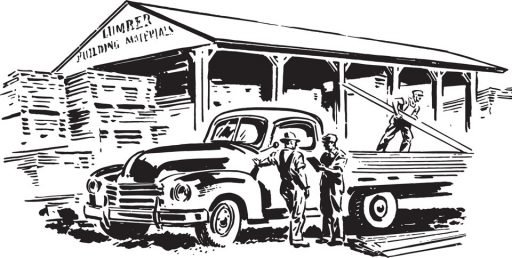 Last fall’s M&A feeding frenzy made more than a few independents nervous. First there was the merger of Builders FirstSource and BMC, followed by the acquisition of T.W. Perry. Then Bain Capital bought US LBM, which promptly snapped up five independent dealers and a component plant.

A lot of people worry that at this rate, some poor independent will soon be the last man standing. They can relax. There are over 5,000 lumberyard firms in the U.S. No more than 5% of them are viable acquisition candidates, at least for Wall Street.

Not that the rest aren’t good operators. They’re just too small. When the target company’s revenue is below about $40 million, say M&A consultants, the acquisition costs are too high to justify the revenue gain.

Yes, but if all the big independents get acquired, won’t the chains be in position to outmuscle smaller independents? If so, it would have happened long ago.

The LBM channel has had megaplayers since Wickes and Lowe’s in the 1960s. The market share held by the four largest chains has never topped 10%. Among the eight leading players from the 1970s to the Great Recession, only one is still in business today.

That doesn’t prevent independents from worrying, of course. As far back as the 1890s, a reporter named Met Saley was writing about LBM dealers’ consolidation fears in the industry’s only trade journal, American Lumberman. 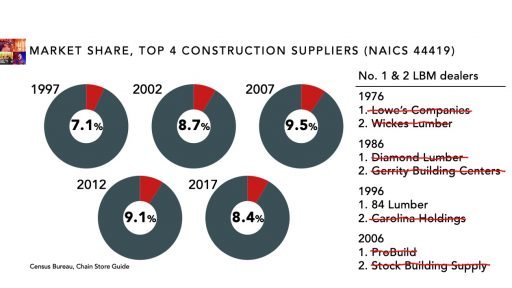 Saley didn’t buy it, either. “The up-to-date local lumberman who knows by heart the people of his section does not stand in fear of such competition as is put up by the average man in charge of a line yard. Go where you may and ten to one it is not the line yard that is doing more than its share of business.”

Why? Because the rules of the game haven’t changed. Local variations in building codes, material preferences, and construction methods prevent megaplayers from leveraging cost synergies and economies of scale.

That keeps the playing field level. When the rules are different everywhere you go, everyone is forced to compete like an independent: You succeed where your local operators are effective and fail where they aren’t.

The difference is that ineffective independents go out of business. An ineffective branch in a chain operation can hang on as long as the company allows it—and as long as it does, it’ll be a drag on the entire organization.

So if you want to worry, the thing to worry about is whether the rules will change. They never have in at least 130 years, but that’s no guarantee they never will.

New technologies change the rules, but it never happens all at once. First the tools get invented, then entrepreneurs play with them, looking for combinations that will catch on in the marketplace.

Eventually someone stumbles on a combination that works, often in ways the entrepreneur never considered. The assembly line made an $800 Model T possible and that transformed automobile manufacturing. Henry Ford never dreamed that it would also enable suburbs, which transformed the housing industry.

It only stands to reason that the more you experiment, the quicker you’ll find a game-changer. We’re apparently in that stage right now. From 2013 to 2018, venture capital invested in construction technology startups rose from $100 million to $6.1 billion, a whopping 60-fold increase. 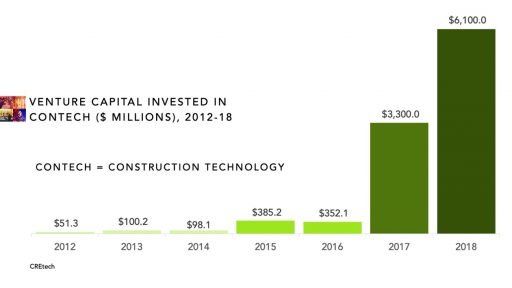 At some point, someone is bound to come up with the right formula. You need to recognize it when it happens, so the question is what you should look for. Here’s a real-world example:

(Note: This story came to me from Kurt Hutton, the retired CFO at Portland-based Shelter Products, Inc. If any of the details are wrong, the fault is in my poor recollection, not Kurt’s original telling.)

In 1934, an 18-year-old from Tennessee named Doug David did what millions of young men did during the Great Depression—he left home in search of work.

Doug found a job in the lumber business and settled in Oregon. Life was good for a few years, then he picked up a lung infection he couldn’t kick. His doctors tried everything they knew. Finally they told him he needed to get out of the cool, damp Pacific Northwest and move to a hot, dry climate until he was fully recovered.

Doug moved to Los Angeles, figuring a big city would make it easier to find work. But there were no jobs available and the smog played havoc with his lungs. He used the last of his savings on a train ticket to Tucson, Ariz.

He was sitting on a bench at the train station, broke, seriously ill, and getting desperate, when a middle-aged woman approached and asked if he needed help. She ran a boarding house and when he explained his situation, she agreed to take him in on credit.

Weeks later, Doug was recovering but he still wasn’t strong enough to go back to work. He worried about how he would pay the woman back. Then he had an idea.

Every day he would take a long walk to get his strength back. Now he started walking with a pad and pencil. He would scan parked cars along the curb as he walked, and whenever he found one with worn tires, he’d jot down the license plate number.

On his way home, Doug would stop by the motor vehicle department and make a list of the owners’ names, addresses, and telephone numbers—if they had a telephone. In the late 1930s, a telephone was a luxury. Only a third of U.S. households had one.

Once he had a reasonable list, he went to a local tire dealer who agreed to pay him $1 for each sale he closed from the lists Doug brought him. The dealer was happy to pay the commission. When he contacted the people on Doug’s lists, his closing rate was double the normal rate.

What Doug noticed was that the closing rate doubled yet again when the prospect had a telephone so the dealer could call rather than send a letter.

Eventually Doug paid the woman back and saved up enough to return to Portland. He got back into the lumber business and struck out on his own in 1948, launching a wholesale brokerage called North Pacific Lumber. But he hadn’t forgotten the lesson he learned in Tucson. He was convinced that if he found the right formula, the telephone could give him a competitive advantage.

At the time, the lumber business in the region was a three-step channel: sawmills, wholesale brokers, and retailers, but also a layer of market reps between the retailer and the broker. Each year the market rep would travel to all the dealers in his trading area and get lists of the lumber they needed. He’d consolidate those lists and mail an RFQ to his network of wholesalers. 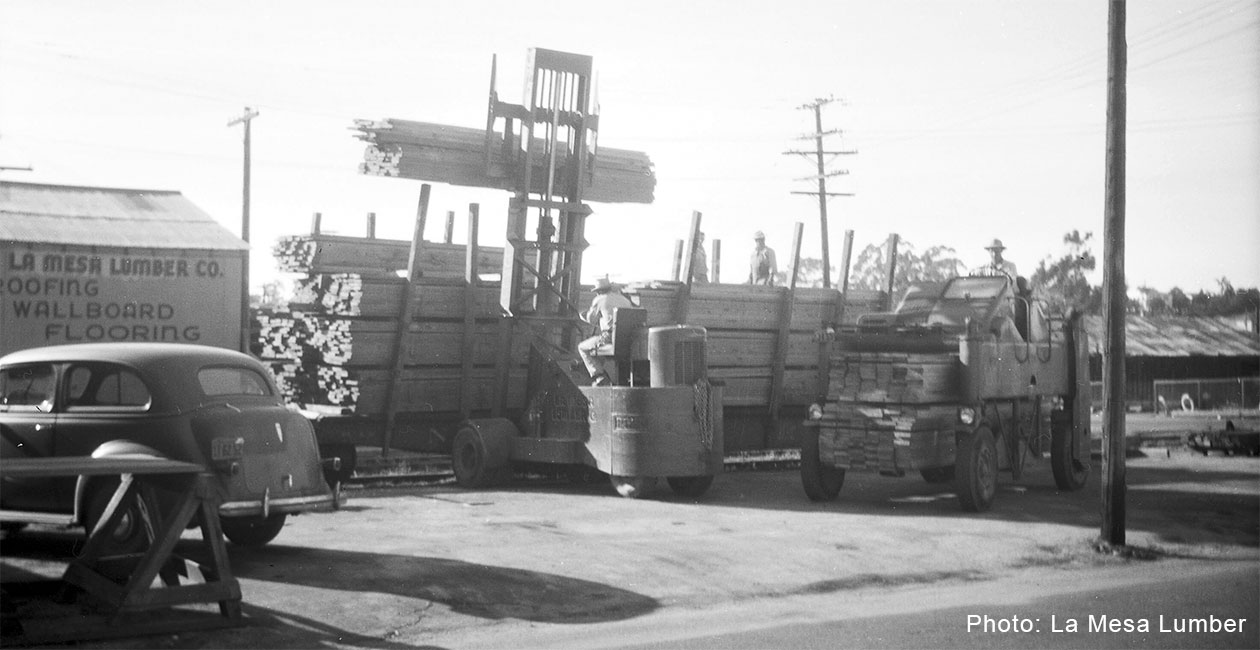 All in all, the price discovery process alone took six weeks—and that didn’t include fulfillment. Because the process was so slow, dealers loaded up on inventory at the beginning of each year. Typical annual inventory turns were less than 2.0.

By the late 1940s, roughly half of the LBM dealers in the region had telephones. Adoption was slow because there wasn’t much need. Most customers didn’t do business by phone so they didn’t expect you to have one.

Doug compiled a list of dealers in his target trading area who did have phones. If they were progressive enough to have a telephone, they might be forward-thinking enough to consider buying lumber over the phone.

The sawmills stymied him briefly. None of them had telephones and phone lines hadn’t been run into the forest yet. The solution was to buy military surplus mobile radios for his preferred mills. In most cases, Doug also had to set one of his own reps in an office within radio range of the mill. When an RFQ came in, Doug would get the specs to the rep by telephone and the rep would relay them to the sawmill.

Finally he took an extended road trip to meet his dealer prospects face-to-face. He knew they wouldn’t do deals over the phone with a stranger, but he was betting that they would buy over the phone if they got comfortable with him first.

The strategy worked. Dealers who were willing to buy lumber over the telephone saw the price discovery process plummet from six weeks to four or five days. After that, it took them about 30 seconds to figure out that they no longer needed to buy a full year’s worth of inventory at one time.

It wasn’t long before North Pacific’s customers were getting 6.0 to 8.0 turns per year, which improved their cash flow dramatically—and reduced inventory shrink.

Not long after that, LBM dealers throughout the region were scrambling to get telephones installed specifically so they could do business with North Pacific. The competitive advantage didn’t last, of course. Competing brokers did the same and the sawmills weren’t far behind. Within a few years, buying lumber by telephone became the norm. The market reps disappeared and the LBM channel became a two-step channel.

Every innovator claims to have the next insanely great thing. If your job is to spot game-changers, look for ideas that have tangible and immediate financial benefits for customers. Anything less is probably just a fad.