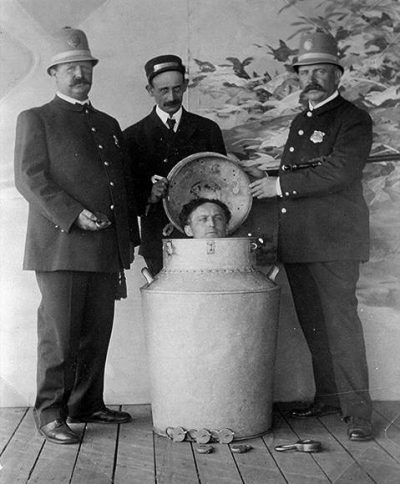 November was absolutely, positively a “Wow!” month for employment. What kind of wow depended on where you were.

In Canada, economists expected a gain of 10,000 jobs in November. Instead the economy lost 71,200 jobs—following a loss of 1,800 jobs in October. Fortunately, job growth earlier in the year made up for it. “This is still the strongest year for job growth in Canada in 17 years,” economist Julia Pollack told the Financial Post.

In the U.S. it was the other kind of wow. “Job growth soars in November as payrolls surge by 266,000,” gushed CNBC. “U.S. economy smashes forecasts,” declared Business Insider. Benzinga called it a “blowout,” the New York Post called it “stellar news,” and Townhall praised “the Trump economic miracle.”

On the other hand, this is 2019. The one thing you can count on is that someone out there is eager to kill your vibe.

Reuters pointed out that while the manufacturing sector added 54,000 new jobs, 46,000 of them went to GM workers coming back from a six-week strike. New York grumbled that there are “Jobs, Jobs Everywhere, but Most of Them Kind of Suck.” The World Socialist Web Site pounced on the opportunity to put the “November US Jobs Report in Perspective: Most Jobs ‘Added’ to US Economy Are Low Wage.” 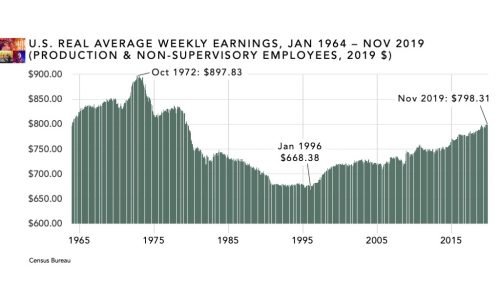 The trouble with the crummy jobs debate (not that facts would make a difference) is that the evidence has always been anecdotal. Take WSWS, for example: “After manufacturing, the health care sector added the second-highest number of jobs, with 45,000. Most jobs added were related to ambulatory health care services (34,000) and hospitals (10,000), areas of low-paid and generally unstable work.”

Generally low-paid and unstable? That doesn’t sound good. Still, my son-in-law’s best friend’s cousin got a job at a hospital and he says he makes pretty good money. Maybe I shouldn’t become a socialist, after all.

Researchers working with Cornell University and the University of Missouri may have ended the debate with a new metric called The U.S. Private Sector Job Quality Index, or JQI.

It’s a simple ratio between the number of new jobs that pay above the average vs. those below, counting only rank-and-file production and non-supervisory jobs. If the index is 90, for example, it means that for every 90 jobs with above-average pay, we created 100 jobs that pay less than the average. 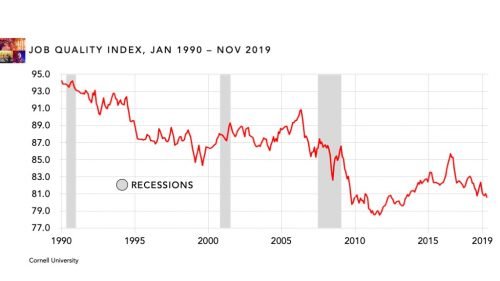 The bad news is that the grumblers appear to be right: Too many new jobs created in this expansion do in fact suck—and according to the JQI, they have sucked worse than ever since the last recession.

The good news? Jobs in the LBM channel do not suck.

In November, average weekly earnings for all production and non-supervisory employees were $798.31 or $41,512 per year. There is hardly a job in construction supply that doesn’t pay more than that if you’re willing to work at it.

Just one caveat: Nobody knows about you.

Construction supply is one of the few remaining careers where you can earn enough to support a family on one income with a high school diploma. Very few people who find their way into the business ever leave, but almost no one grows up aspiring to a career in LBM. Nearly nine out of ten people in the industry fell into it by accident (yes, I made that number up, but my son-in-law’s best friend’s cousin agrees with me).

The other good news is that the Indianapolis-based Midwest Building Suppliers Association is doing something to get the word out. MBSA recently released a three-minute video that lays out the argument for choosing a career in the construction supply business.

And does a very good job of it, too. From the diverse and challenging nature of the work to entrepreneurship, income opportunities, and even social benefits, “Careers in the Lumber & Building Materials Industry” covers it all. Have a look for yourself:

Best of all, you can use the video in your own recruiting efforts.

“Anyone can use that video to post on their own sites,” says Tim Murphy, MBSA’s CEO. “It can even be customized (for a fee) to remove the MBSA references within, and swap out logos so it looks like it came from someone else.”

The U.S. economy is mature. We talk about bringing manufacturing home, but the reality is that we will never again be the world’s sweatshop. Ultimately most routine or rote work will be automated, and as it is, careers that don’t require advanced or specialized education will continue to decline.

But not everything can be automated—at least not yet. Jobs that require judgment and creativity are likely to be holdouts for a long time, and as artificial intelligence becomes more sophisticated, those jobs are likely to become more highly valued.

And you’re sitting on the motherlode.

For more information on how you can use Careers in the Lumber & Building Materials Industry to boost your recruiting efforts, contact Tim Murphy, MBSA, tmurphy@thembsa.org or 317.875.3737.

3 thoughts on “A well-kept secret”