The 2020 U.S. elections are finally over—or almost, anyway. In keeping with long-standing American tradition, everyone came away with something to be mad about.

The election itself went more smoothly than anyone expected, though. No Russians hacking our voting systems, no riots at polling places, and no evidence to support claims of widespread voter fraud. As contentious elections go, this one won’t even make the top five.

You want to see contentious? Try the election of 1800, when Alexander Hamilton talked the Federalists into supporting Republican Thomas Jefferson over Aaron Burr in an electoral college tie-breaker. Burr got mad and even. He killed Hamilton in a duel three years later.

Or try 1860, when Lincoln’s victory caused 11 Southern states to secede from the union. Or 1876: Democrat Samuel Tilden won the popular vote by a healthy margin but came up one vote short in the electoral college due to disputed results in four states. The election wasn’t decided until March, when Congress gave the presidency to Republican Rutherford B. Hayes on a straight party-line vote.

Then there was 1933, when a group of Wall Street financiers bankrolled a private army to overthrow Franklin D. Roosevelt’s newly-elected government and replace it with a fascist dictatorship run by the ultra-wealthy. The retired Marine general they chose to lead the coup turned them in to the FBI instead.

Anyone who thinks the United States is on its way to becoming a banana republic should take note: We’ve tried multiple times. We can’t get it done.

Better to be lucky than good

Control of the Senate won’t be decided until January 5th when Georgia holds two runoff elections, but the most likely scenario appears to be that we’ll wind up with another divided government: a Democrat in the White House, Democrats in control of the House of Representatives, and Republicans controlling the Senate. 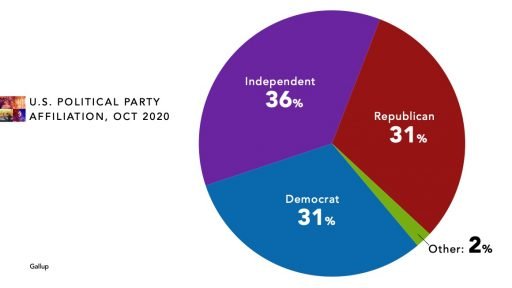 Maybe that’s the best evidence that the election was conducted fairly: The result is a perfect reflection of the deep polarization between Americans.

Joe Biden will be the next president. The question for the LBM channel is what it means for the housing market. At the Executive Council on Construction Supply meeting in October, Todd Tomalak of John Burns Real Estate Consulting was more than a little bullish on housing. JBREC is forecasting strong growth over the next three years in both single-family new construction and the remodeling market.

Part of the reason is that the barriers to housing demand are all offset by opposing factors. Unemployment is still high following the COVID crash, but the layoffs were limited mostly to people who didn’t have the means to buy a home, anyway. 39% of workers who earned less than $40,000 were laid off. Among those over $100,000, only 13% lost their jobs.

Home prices are inflated due to record-low inventory levels, but record-low interest rates are keeping mortgage payments stable. Roughly 7% of mortgage holders are in forbearance programs, but JBREC says the risk of a sudden flood of inventory on the market is minimal because single-family rental investors are ready to snap up foreclosed properties. 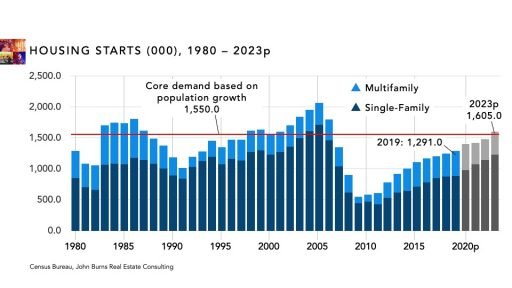 There is a counterargument, of course. It centers around three issues. The first is that the U.S. economy is weaker than it looks because we haven’t gotten the virus under control. Another wave of infections could torpedo consumer spending and land us back into recession next year.

But industry groups say that without more government stimulus, two out of three hotels and 40% of restaurants nationwide will close within the next six months. Air travel is still down 65%. “Major airlines have already announced tens of thousands of furloughs by the end of the year,” says the Washington Post.

If COVID hits hard this winter and consumers back off again—with or without lockdowns—analysts say it’ll trigger another round of job losses and high-income workers who have been driving the housing market will get whacked, too.

The solution, of course, is an effective vaccine. Pfizer has apparently found one, but it won’t be widely available until at least the middle of next year. In the meantime, COVID cases are rising in 47 states. Hospitals in some of those states are already at capacity; once that happens, the deaths will start piling up.

The second issue is the stimulus itself. So far the economy has been propped up by the $2.3 trillion aid package enacted at the end of March. It looks like more aid will be coming, but no one knows when. Congress is still arguing about how big it’ll be and who gets the money.

All that stimulus is driving the federal debt to record levels. Even hardcore deficit hawks agree that now is not the time to worry about debt—borrowed money is as cheap as it will ever be—but at some point we’re going to have to pay it back.

If we invest the money wisely, it’ll grow the economy and make repayment less painful. If we don’t (and keep in mind we’re talking about Congress), we’ll get backed into a corner where the only choices are steep cuts in services or steep increases in taxes.

Considering that 96% of Americans say Social Security is the most important thing the government does, you can guess which way that’s going to go.

Won’t take yes for an answer

Right now we still have options to avoid that scenario, but that’s the third issue: “Despite a collective wake-up call in the form of a severe health and economic crisis, the country seems both unwilling and unable to embark on the decisive measures needed,” says the Financial Times. 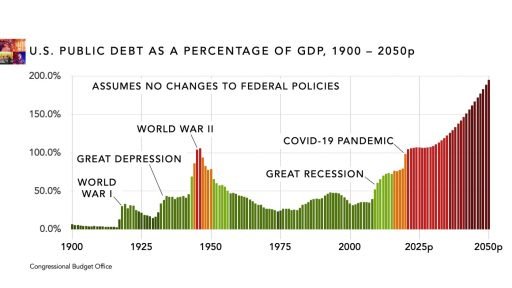 We’re so polarized, we’re paralyzed, and some say that’s okay. Better to do nothing than to do the wrong thing, they argue.

FT disagrees. “What is at risk here is not just the longer-term reforms seeking to limit another move down in productivity, yet more household economic insecurity, and a worsening in inequality. Also at risk is the short-term health and economic effort to help the nation recover from the damage that the first Covid-19 wave left in its wake.”

Here’s the curious part: Everyone agrees that Americans are divided, but when it comes to solving problems that affect our well-being, Democrats and Republicans can’t seem to disagree on anything.

Earlier this year, the University of Maryland’s Program for Public Consultation quizzed 80,000 Americans on more than 150 specific policy proposals to address challenges ranging from Social Security to Medicare, the federal debt, healthcare, poverty, globalization, the environment, immigration, political reform, defense, crime, even police reform. Then they separated the answers according to whether they came from Republicans or Democrats.

So how many of those proposals were supported by one party but opposed by the other? Zero. Zip. Nada.

Worried about the federal debt? Two-thirds of Republicans and three out of four Democrats say we should add a 1% surtax on corporate income over $100 million, roll back the 2017 tax cuts for any individual making more than $1 million per year, and tax capital gains as ordinary income if you make more than $1 million.

Concerned about healthcare? Nine out of ten Americans from each party want to repeal the 2003 law prohibiting Medicare from negotiating drug prices with Big Pharma. 84% of Democrats and 59% of Republicans are in favor of a government-run health insurance plan—the so-called “public option”—that would be open to anyone. Nine out of ten Democrats and seven out of ten Republicans would allow anyone 55 or older to buy into Medicare.

To fight poverty, 62% of Republicans and 91% of Democrats favor increasing food stamp benefits for single mothers. If economic conditions get worse, more than two-thirds of both parties want to see government jobs programs like we had in the Great Depression. 89% of Democrats and 71% of Republicans favor expanding the Earned Income Tax Credit to help more working-class families.

Everyone thinks Americans have turned against globalization. Actually 84% of Republicans and 93% of Democrats want more international trade—they just want everyone to play by the same rules. To make American workers more competitive in global markets, four out of five Republicans and nine out of ten Democrats would give employers a tax credit for establishing apprenticeship programs.

With consensus like that, you may be wondering why we can’t get anything done. You’re not alone. 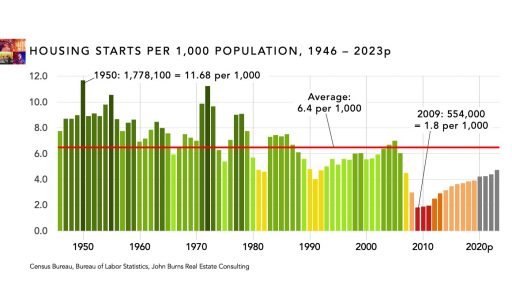 If JBREC is right—and their track record is as good as it gets—housing is in for a solid run once we finally put COVID in the rear-view mirror. The market has been so weak for so long that barring another unforeseen disaster, the 2020s might even turn out to be the longest boom you’ve ever seen.

But everything is relative. As things stand now, the longest, strongest housing boom of your life won’t even come close to matching the expansions your father and grandfather considered to be business as usual.

If we have any intention of getting back to those levels, we can’t do it by building homes that are affordable only to households with six-figure incomes. Working- and middle-class Americans need to be in the mix, and that means fixing problems that are dragging the economy down.

Mainstream Republicans and mainstream Democrats may differ on a lot of things, but when it comes to issues that drive broad-based prosperity, we all agree on what needs to be done.

Yeah, everyone has an opinion on why we haven’t done it. Here’s a simple one: Maybe we’ve let the tail wag the dog too long.

Whatever the reason, we’re already poorer because of it and we’ll continue to get poorer until we decide we’ve had enough. But history says that at some point, we will. Like Winston Churchill said: “Americans can always be counted on to do the right thing—after exhausting all other possibilities.”

When we do, hold onto your hat.